Top Topics in the Spotlight Details

Discover artistic utility hole covers unique in all the world

On December 20, 2018, a ceremony was held in the city of Ibusuki, in Kagoshima Prefecture, to unveil a new utility hole cover with a Pokémon design. The Pokémon Company is donating covers featuring Pokémon characters, known as “Poké Lids,” to local governments around Japan to help promote their special attractions. In Ibusuki, the first of the newly created Poké Lids, featuring Eevee, was installed in front of the city’s main train station. Altogether Ibusuki now has nine Poké Lids, the remaining eight featuring Eevee evolutions. Eevee was chosen to represent Ibusuki due to the similarity in their initial sounds. The decision to install the Poké Lid of Eevee evolved out of Ibusuki’s proposal to appoint Eevee as the city’s ambassador of sports and culture. 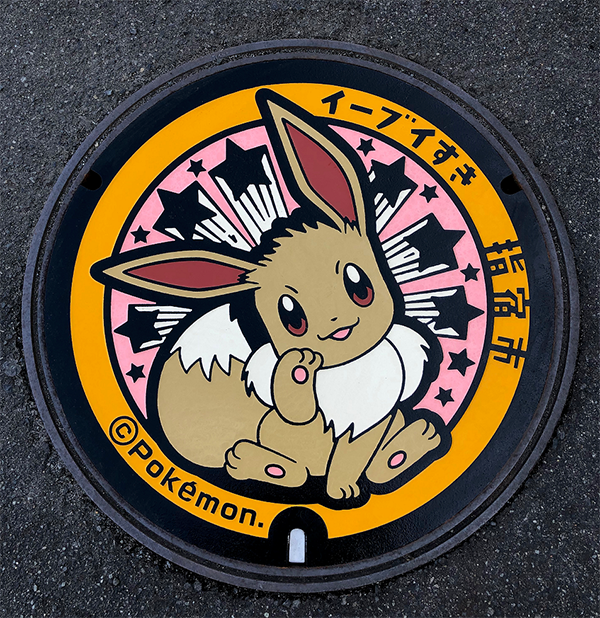 Poké Lids are also playing a civic role in Hokkaido. The town of Pippu, for example, is popular for its associations with strawberries, skiing, its supreme view of the Daisetsuzan mountains, and the birthplace of “Yumepirika,” one of Japan’s most highly regarded varieties of rice. The Poké Lid installed in Pippu is well looked after by the town’s citizens. A tent is installed to prevent it being hidden under snow in winter, and a sign posted nearby asks everyone, if they do see the cover buried under snow, to gingerly remove the snow with a shovel and broom and “catch” the Pokémon for themselves. Pippu’s Poké Lid has become famous through the social media, where it has drawn attention as Japan’s most “overprotected” utility cover, inspiring many people to visit Pippu to see it. 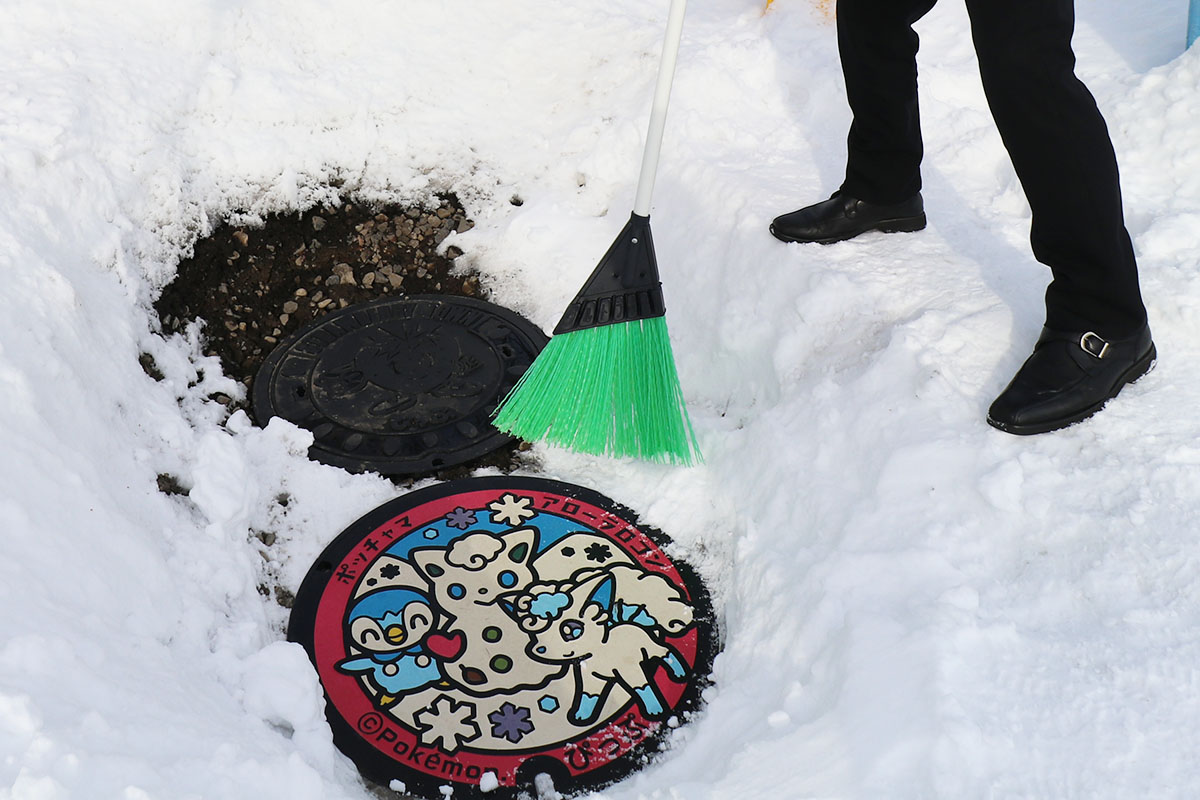 Every Poké Lid (diameter: 63cm) features a different design, unique in all the world. We have no plans to produce them in large quantities, and our goal isn’t to install them everywhere throughout Japan. Our desire is to work closely with the people living in locations where Poké Lids will be installed to discuss with them how Pokémon can help promote tourism or recovery in their area. If you happen to spot a Poké Lid somewhere in your travels, please take the time to look at it in detail. You’re sure to discover something new, whether it’s scenery associated with the particular location or perhaps just something to tickle your brain. Poké Lids will be a fun and integral part of their landscapes for years and years to come.